Plant a tree in memory of Gwendolyn
An environmentally-friendly option 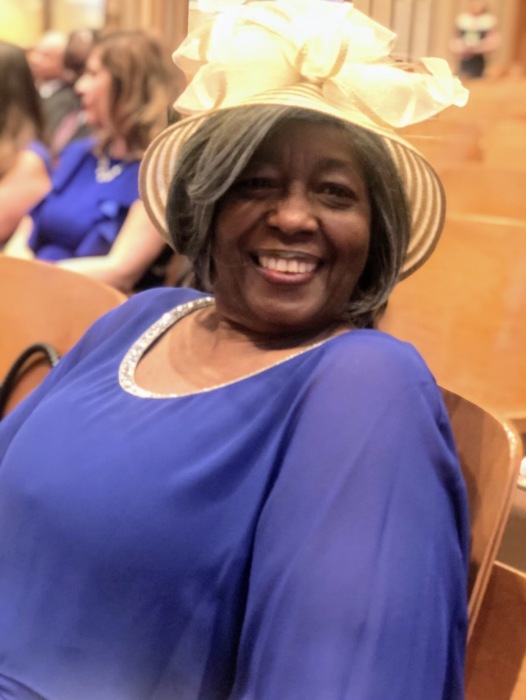 Gwendolyn Beatrice Stramler Bentley was born on February 24, 1948, in Waco, Texas to her father,
Marcus Garvey Stramler Sr., and mother, Mercy Beatrice Jordan. She transitioned to her heavenly home
on March 19, 2021 surrounded by family.
Gwendolyn spent her childhood in Waco, Texas. In Waco, she was a part of the cheerleading Squad and
very social in her high school years. She was an avid reader and passionate about literature and
education. She planned to further her studies in education to teach secondary studies.
After graduating from A.J. Moore High School, she delayed her dreams and became a mother. With
support from her parents and grandparents, she went on to continue pursuing her collegiate dreams.
She traveled to Houston to attend the University of Houston and Texas Southern University to receive
her Bachelors’ degree. There, she met and married Dr. Cleo L. Bentley Jr., and they welcomed two
children together. She then went on to pursue her studies to earn a Masters’ degree in Counseling from
Prairie View A &amp; M University and also began work toward obtaining her Doctoral degree.
Gwendolyn, affectionately known as Lady Penny, had such a bright and friendly spirit which attracted
many friends. Two of those special people included lifelong friends, Janet Hawthorne and Norma
Duarte. She has never met a stranger with her beloved coined term, “God’s Blessings”. She will forever
be remembered by her family and friends as a lover of Christ and believer in fulfilling her purpose. She
dedicated her life to serving God through her work and membership to St. Benedict. There, she worked
as a CCE Sunday School Instructor and Vacation Bible School Leader for over 30 years.
Gwendolyn is preceded in death by both parents and her brother, Marcus Garvey Stramler Jr., and
sister, Sharon Stramler.
Gwendolyn Bentley is being remembered and cherished in her loving spirit by her husband, Dr. Cleo
Bentley, Jr., by her children, Lady Teronica Arnett, Lady Titania Johnson (Corey Johnson), Sir Uzomg
Gascey (Anna Gascey), Lady Utrella Cerese, Sir Cleo L. Bentley III and Lady Gwendolyn Beatrice Stramler
Bentley II. She also leaves behind 17 grandchildren, LaKayla, LaKadrian, Gregory, Jamarcus, James,
Johntivia, Joshua, Steve, Sarah, Caleb, Camille, Tevin, Caiden, Cori, Cleo IV, Janae &amp; Emeri. Also, leaving
behind 8 great grandchildren, Joseph, Lance, Shaylyn, Skylar, Mckenzie, Joelle, Jace &amp; Jameir. With a
host of family and friends left to cherish her memory, Gwendolyn will be missed by all who knew her.

Arrangements are under the direction of Wingate Funerals and Cremations, 14630 White Heather, Houston, Texas 77045. Phone: (832)830-8458 Email: Businessportaltexas@gmail.com. Condolences may be shared for the family online at www.wingatefuneralhome.com

Plant a tree in memory of Gwendolyn by clicking here.
To send flowers to Gwendolyn's family, please visit our floral store.

A service summary is not available

Plant a tree in memory of Gwendolyn
An environmentally-friendly option

Plant a tree in memory of Gwendolyn

2 trees planted in memory of Gwendolyn

From Your Gulf Coast MRI Family

A Memorial Tree was ordered in memory of Gwendolyn Beatrice Bentley by From Your Gulf Coast MRI Family.  Plant a Tree

A Memorial Tree was planted for Gwendolyn Beatrice Bentley

Plant a tree in memory of Gwendolyn